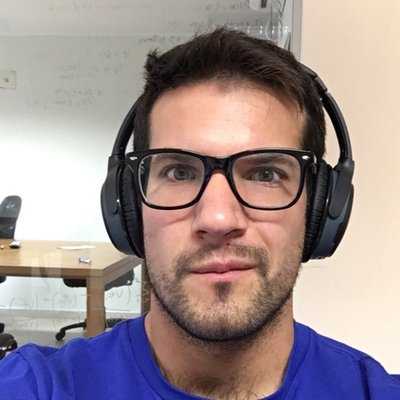 Last May, HBO released "Chernobyl", a historical miniseries (just 5 episodes) based on the events of the Chernobyl nuclear disaster.

The show received widespread attention and was source of multiple controversies. Suddenly, my twitter timeline was swarmed with tweets about Chernobyl (the tv show), about the nuclear incident and about the city/country/USSR, etc.

I wanted to know if that "popularity" was global and realistic, or was just the result of my own "echo chamber". A quick Google Trends search found an obvious increase in Google searches:

But, how meaningful was it? Did it spark a real worldwide controversy, as sources were claiming? How much impact did it have?

I then realized that Wikipedia could be a good source to investigate the real impact of the tv show. If it generated so much controversy as it was claimed, the article of the nuclear disaster (Chernobyl nuclear disaster) will probably reflect that: both with pageviews and edits.

These are some of the variables we'll use throughout the analysis:

We want to analyze how many pageviews the article Chernobyl nuclear disaster received, and focus on the time the TV Show started (May 6th, 2019).

To get daily pageviews for a given article, you can use the following endpoint:

We'll build the URL dynamically, specifying the page title of the article, start and end.

The final URL is:

Now we just need to get the information from the API. To do that we'll use the requests module:

The returned document has an items key, with pageviews information per day (the day is under timestamp):

We can create now a Pandas DataFrame with that info:

The timestamp column hasn't been parse as a timestamp, it's actually an object (pandas version of Strings):

So we need to manually turn it into a timestamp:

Now we sort by that timestamp and we make it the index of the DataFrame:

As you can see, there was a huge spike in pageviews after the first episode. The day of the release of the episode we had 54,519 pageviews:

To simplify the process of pulling pageviews, we'll build a function 💪, something we always recommend our students to do. The function receives the page title, start and end dates and it'll return a pd.Series with pageviews per day:

We can now use pd.concat to build a big DataFrame with the views of each page:

And finally, we can plot all the timeseries together:

The increase in pageviews was expected: a lot of people searching for Chernobyl, checking facts, digging into details, etc. But that doesn't indicate "controversy". Something that I thought could indicate a deeper impact is the number of edits on the article explaining the accident and its aftermath (Chernobyl nuclear disaster). That means that people are gathering more facts and that's generating discussion.

To get "edits" to articles, we have to use the more traditional MediaWiki API which is a little bit more rough-edged. Even though it works on top of HTTP, it's NOT a RESTful API, and it's far from what we're used to as standard of APIs.

The "endpoint" we need to use to get revisions of a page is API:Revisions. Here's a quick example:

Which coincides with the last revision shown in the page:

Note: you can check all the revisions with this link (note that it might be outdated).

IMPORTANT: Keep in mind that there are can be hundred of thousands of revisions for a single page. Each request returns 500 records, so that'd need multiple hundred of requests to the Wikipedia API. That's why I've added a parameter from_ts to get revisions only starting from that given date. In my case, I only care about revisions from 2019, so my from_ts is equals to 2019-01-01T00:00:00.

We can now use this function generator to create a DataFrame, which will read the columns automatically:

When was the last revision?

I need to group now all revisions by day. The simplest way to do it is by using the floor function of pandas:

And now we can see how many revisions we have per day:

I'll sort this by day, in ascending order:

And now I'll group it by week:

Clearly, the series had a deep impact in the number of editions of the wikipedia page.